Basketball has always been in my DNA.

Like many kids, my father is the person I look up to the most. He’s my role model.

He started out at the JUCO level before transferring to play for Murray State for a couple of seasons. Then, he played professionally in Australia.

That settled it for me.

I was going to be a basketball player, too.

Of course, the competitor in me was determined to be better than my father. I wanted to take my basketball career even further than he did.

The goal was to always play Division I and see where my career goes from there.

I knew it wouldn’t be easy, but I never could have foreseen all the twists and turns throughout this journey.

I’ve been counted out time and time again, but nothing was going to stop me from reaching my dreams. 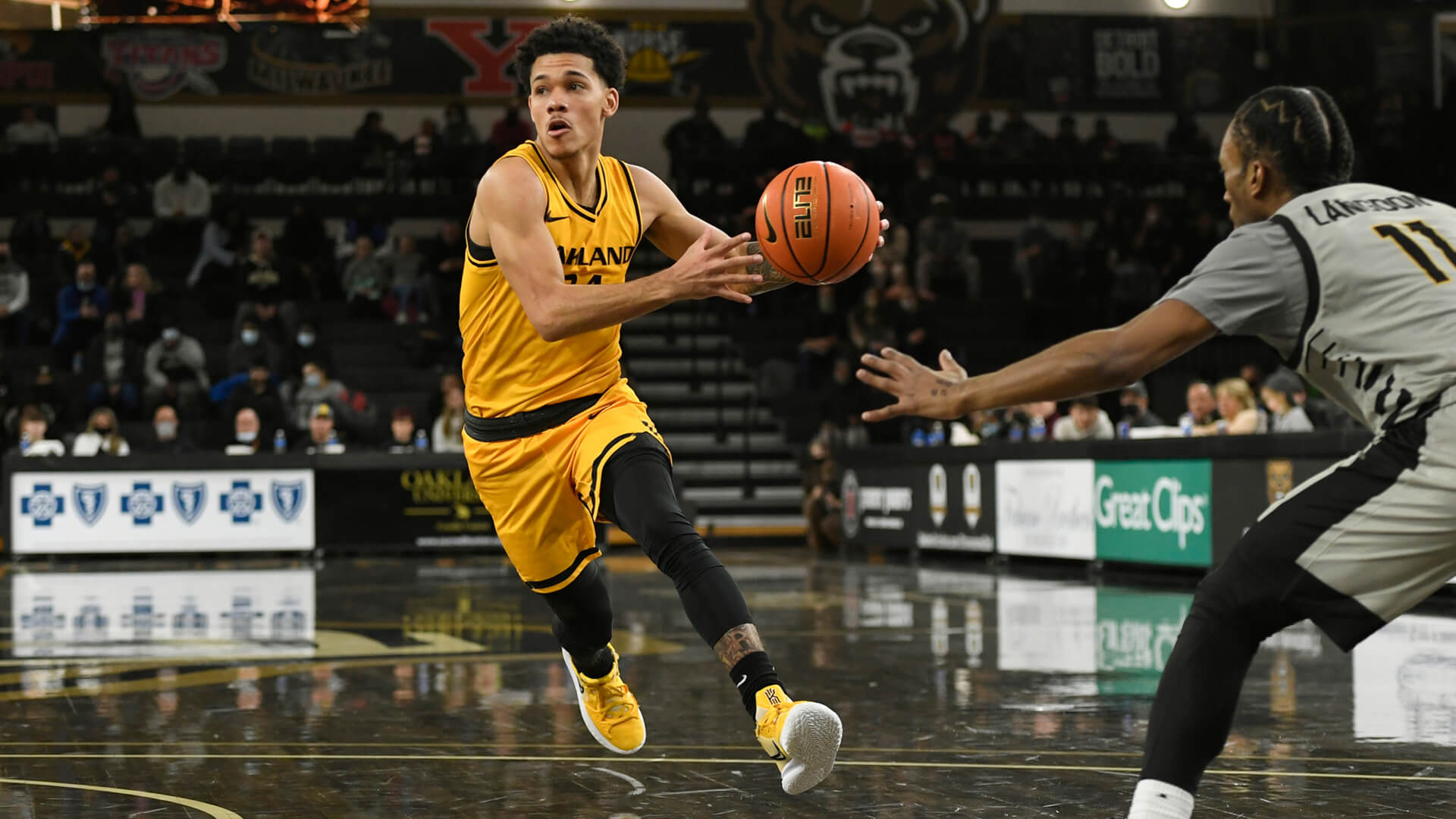 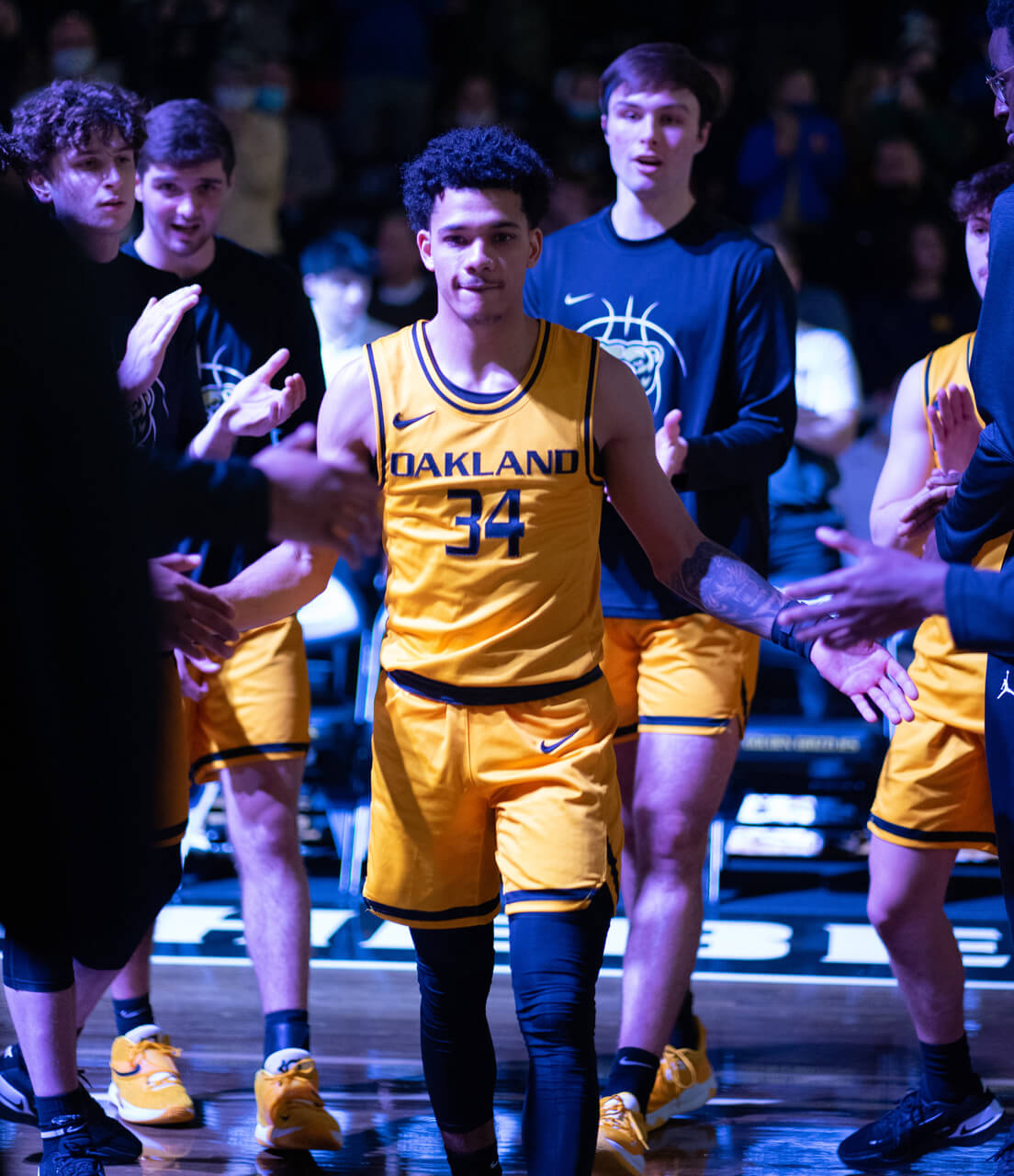 I was blessed to have a great high school career, and I took care of business on and off the court to be put in a favorable position to be recruited by DI schools.

Or so I thought.

I had several DI coaches talking to me. Most of them were interested, but a few did have concerns about me being a little undersized and playing for a small school.

To be honest with you, I wasn’t overly concerned about it.

My thought was to simply let my play do the talking.

But just as I was about to embark on my journey, I missed my shot.

I took the SAT the latest I possibly could, and my score wasn’t where it needed to be.

It wasn’t where I expected it to be.

And since I took the test so late, there wasn’t an opportunity to retake it.

I wasn’t even sad or disappointed.

I’ve worked my entire life trying to play basketball for a DI school, and just like that, it was no longer a possibility for the foreseeable future.

And I knew that I was to blame for that. 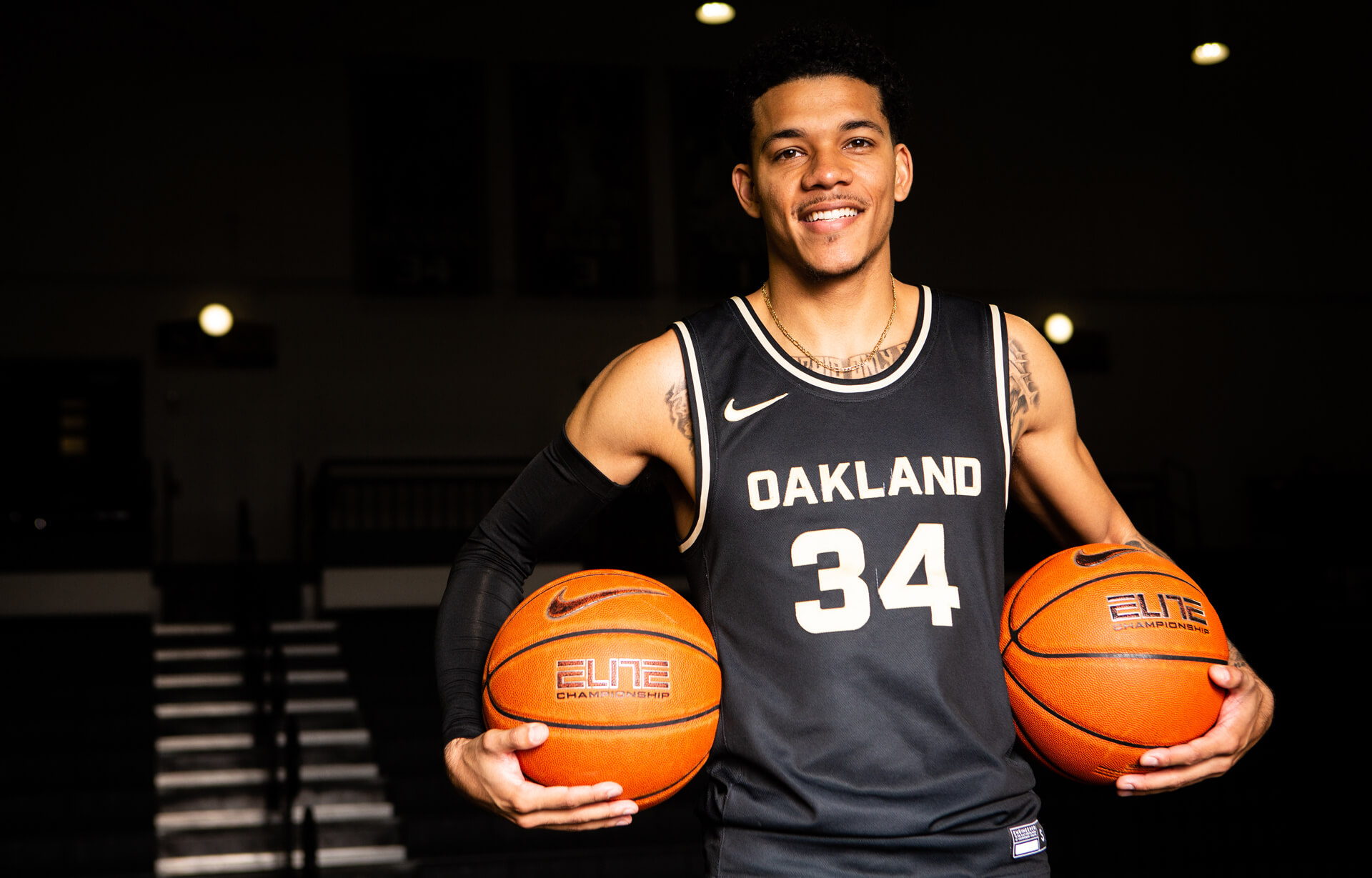 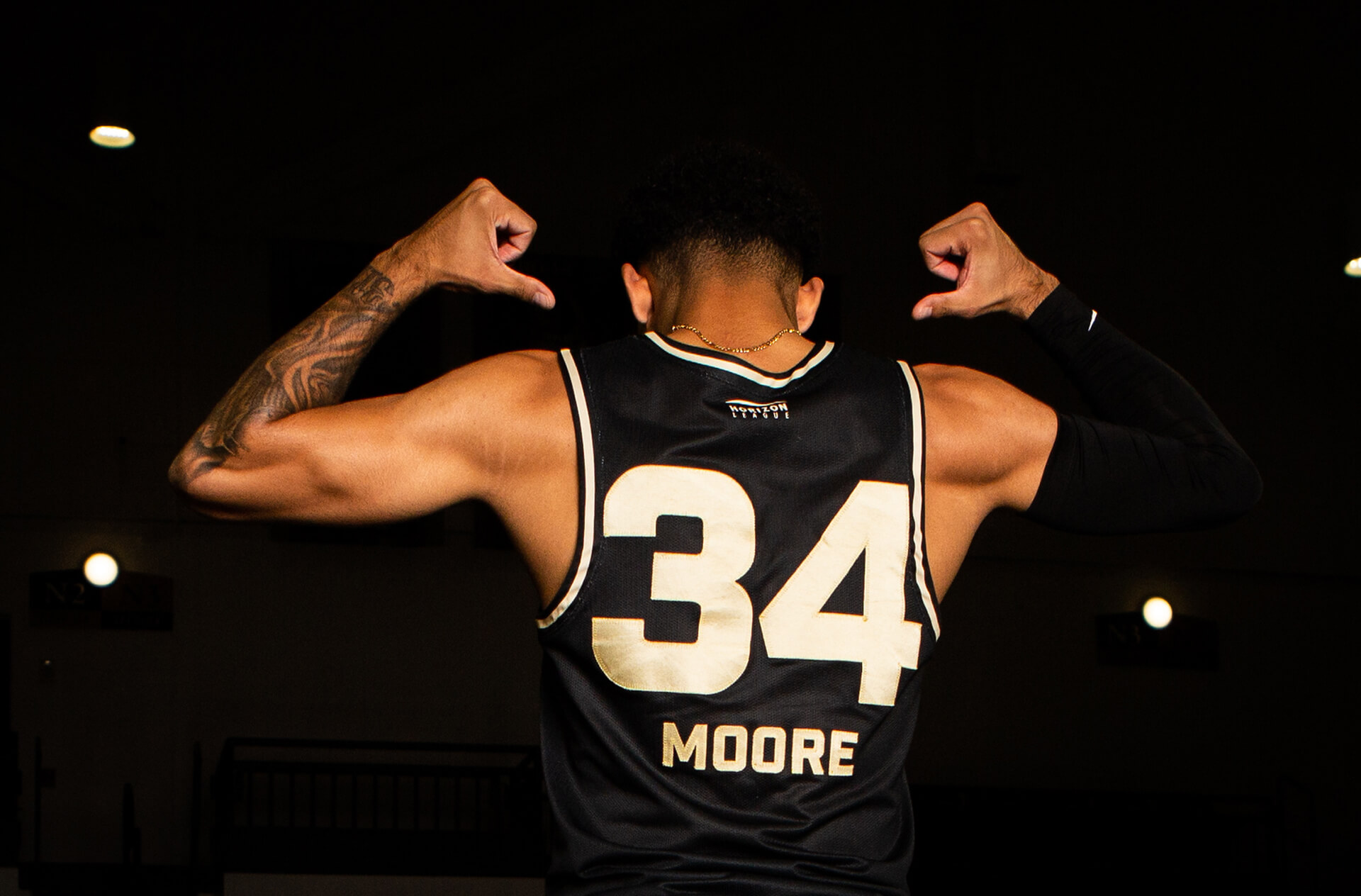 The road to Oakland

At this point, my options were limited. In order to get back on track and play at a DI school and beyond, I knew I had to play for a junior college.

I have absolutely nothing against JUCO basketball, but realistically, I was a DI player – not a JUCO player. And I’m saying this with confidence, not with arrogance.

After feeling sorry for myself for a few weeks, I started planning out my next steps.

My journey to the DI level was just going to look a little different.

With that mindset and focus, I enrolled at Olney Central College.

And this time, there weren’t going to be any more airballs. No more stupid mistakes where I put myself into a hole again.

Nothing but net — both on and off the court.

I had two solid years at Olney CC, and was fortunate enough to receive quite a few DI offers after.

The recruiting process can be quite overwhelming. It’s hard to know who exactly you can trust and who’s telling the truth.

I did some research on my own, and everything in my heart kept pointing to Oakland University.

I looked at recent players at my position there, like Kay Felder. He’s essentially the same size as me, had great success at Oakland, and was taken in the NBA Draft.

Another guy I looked at was Kendrick Nunn. He did a fantastic job of running the point guard position at Oakland, and he’s a Los Angeles Laker right now.

I was determined to put in the work and reach the success and accomplishments that Kay and Kendrick had achieved.

I was going to be an Oakland Golden Grizzly.

The recruiting process can be quite overwhelming. It's hard to know who exactly you can trust and who's telling the truth. I did some research on my own, and everything in my heart kept pointing to Oakland University. I looked at recent players at my position there, like Kay Felder. He's essentially the same size as me, had great success at Oakland, and was taken in the NBA Draft. Another guy I looked at was Kendrick Nunn. He did a fantastic job of running the point guard position at Oakland, and he's a Los Angeles Laker right now. I was determined to put in the work and reach the success and accomplishments that Kay and Kendrick had achieved.

Looking back on it, my time at the Junior College level made me a better overall player. In particular, I became a better distributor of the basketball.

I became an all-around point guard.

I took these skills with me to Oakland and was able to lead the country in assists with 252 in the 20-21 season. Even now, it’s surprising to see that statistic, as that wasn’t necessarily something I was known for.

Until that season, I was mostly a point scorer.

Each game, I just tried to put my teammates in the best position possible to win games.

I followed up that season last year by finishing second in the country in assists per game, and second overall with 231 assists.

Thanks to the work I put in, and the support I received from my coaches and teammates, I’m thriving on the basketball court at Oakland.

If there’s one place I enjoy dishing out assists more than the court, though, it’s in the community to those in need.

Now, that I’m succeeding at the DI level, I want to use my platform for something bigger than myself.

In addition to hosting basketball camps the last two seasons, I started a Back to School project at my old high school in Cloverdale, Indiana.

With help from some great friends and sponsors, we ended up donating 350 backpacks to high school students. Each student ended up getting their own backpack filled with school supplies and my logo stitched on each backpack.

I also told the students that anyone who finishes the school year with a GPA of 3.0 or higher, I’m going to take them on a field trip — something fun to reward their hard work.

It’s incredibly important for me to have this platform to share how essential education is. I don’t want these kids to mess up like I did and put themselves in a bind.

For all the great accomplishments I’ve been blessed to experience so far on the basketball court, I have to say I’m much prouder of the positive impact I’ve been able to have off the court.

In high school, my coach and I had this term: “The Unseen Hours.”

There were no cameras.

No posts on social media.

No one was there except him and me.

I know my generation likes to post everything they do on social media, especially when they’re in the gym, but that’s never been me.

I’m not there to impress anyone or get “likes.”

I’m looking to get better.

My attitude has not changed in that regard.

The same goes for my community service efforts at my high school. I’m not doing it for recognition, or for everyone to say what a great guy I am.

If I can take my game to the highest level I possibly can, while impacting countless lives and those in need in the process, that’s all the recognition I need.

That’s all I’ve ever wanted to do.

And I’ll continue to put in the work every day until I do just that. 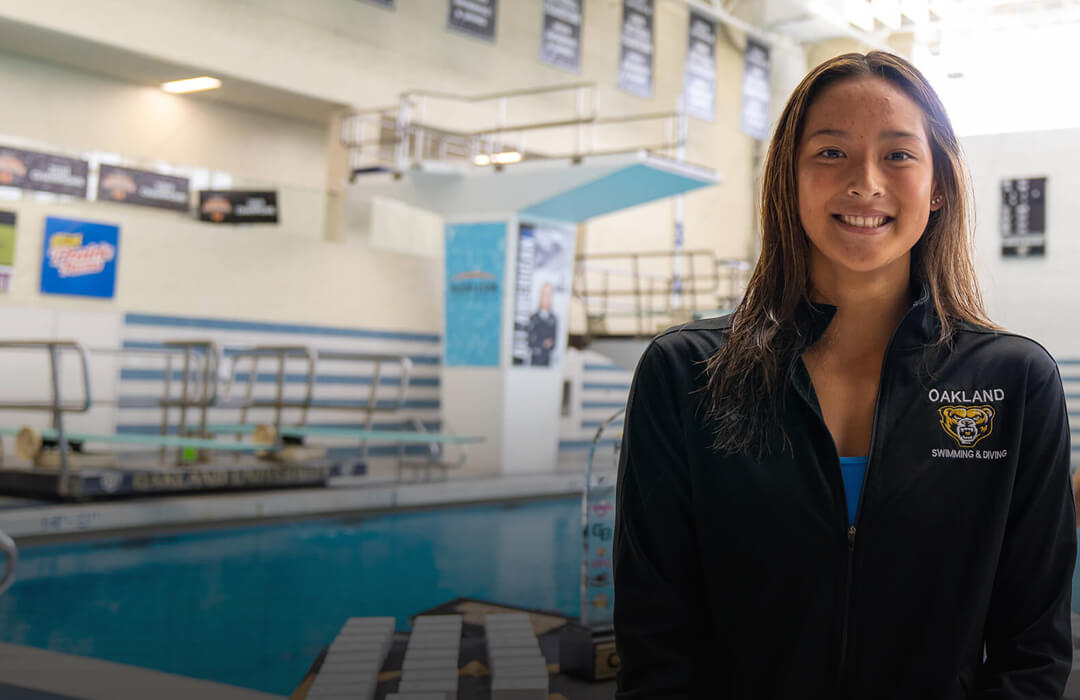 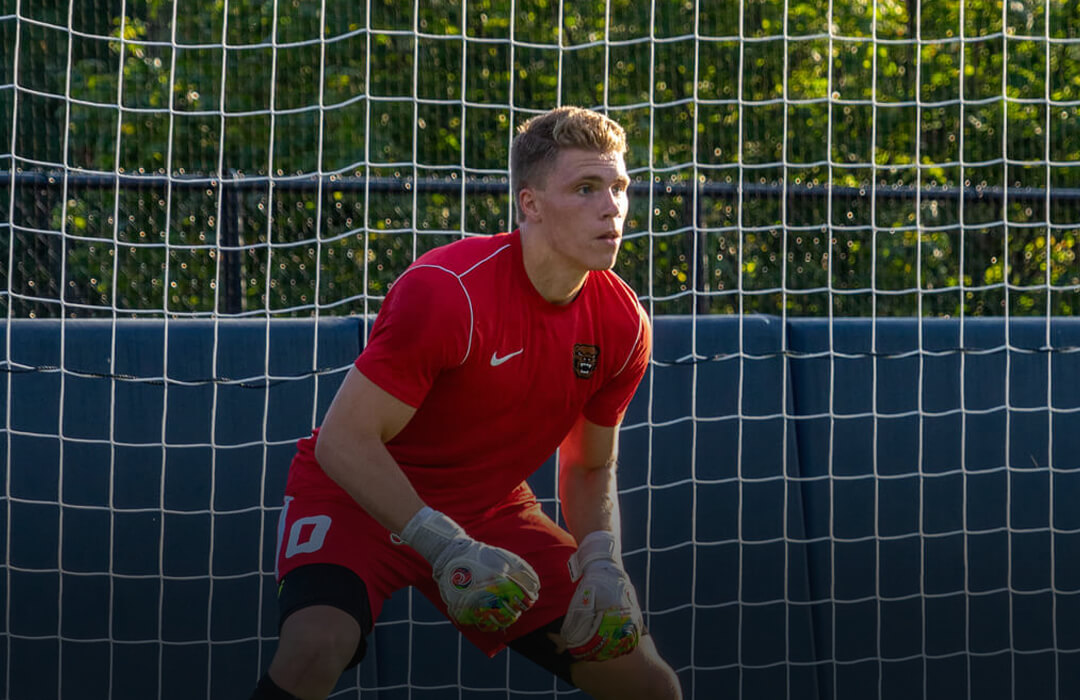 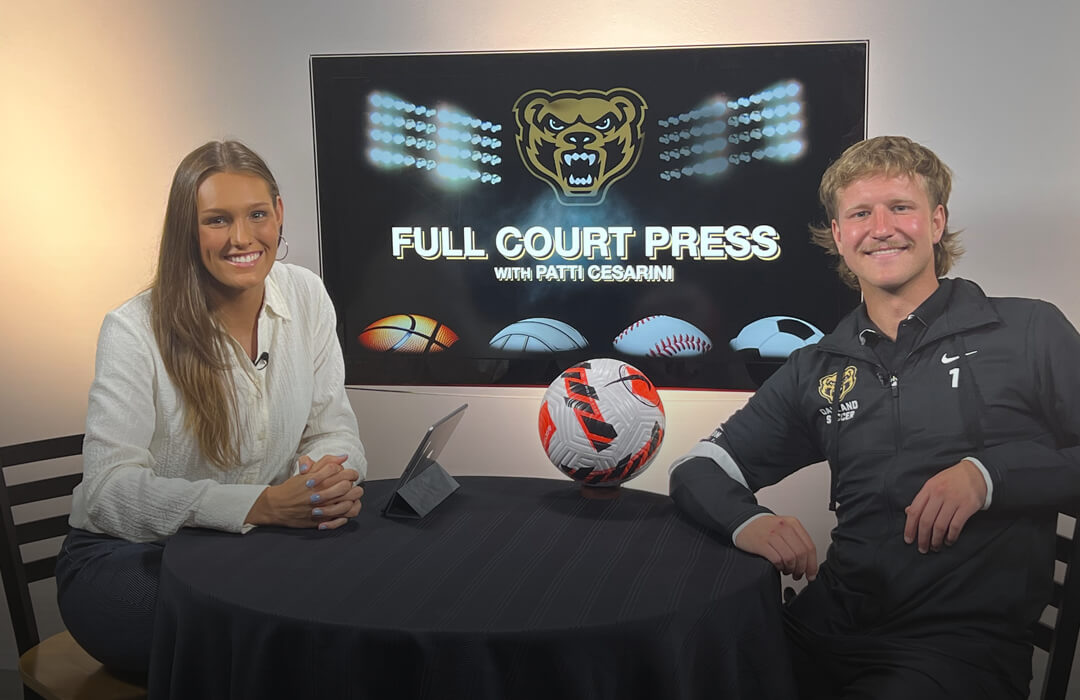